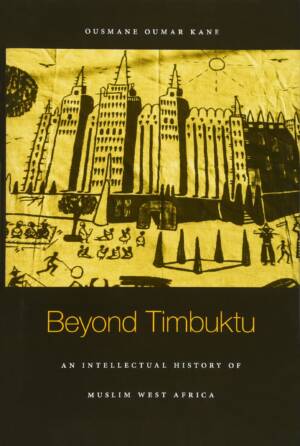 Beyond Timbuktu; An Intellectual History of Muslim West Africa

“O Amir!!  When did you start enslaving people, when their mothers gave birth to them free?”

In a world very hostile to religion in general and Islam in particular, talking about Islam and its intellectual contributions in Africa is just adding salt to the wound. Afro-centric scholars are quick to blame Islam for all its disasters and are eager to jump on the anti-Islamic bandwagon.   Muslims, on the other hand, have claimed that  Islam has contributed hugely towards Africa’s identity and its geo-political present. For instance, the fame of Mansa Musa I and his legacy as the emperor of the Mali Empire is well-acknowledged and classical Muslims scholars have acknowledged the virtues of Africa and its people such as the great Baghdadi Imaam Ibn Jawzi, who authored the Tanwir al-Ghabash fi Fadl al-Sudan wa al-Habash (The Illumination of the darkness on the Merits of the Blacks and Ethiopians). This two-sided debate has occupied the minds of Africans for decades. Dr Ousmane Oumar Kane’s work, Beyond Timbuktu; An Intellectual History of Muslim West Africa, is in the right direction towards concluding this debate.

Beyond Timbuktu; an Intellectual of Muslim West Africa was published in 2016 and consists of a prologue and an epilogue and nine detailed chapters. The book presents a case for the Islamic intellectual heritage as not something exclusive to the Arabian peninsula but as being a part of the wider world with the conclusion emphasising that Islam has played a huge part in Africa’s Intellectual development. The author spends much time in mapping out the intellectual timeline of West Africa and its different stages in history. In order to draw a map of the Islamic heritage of West Africa and establish what the author called a (2016, pp18) “…textual history…” the author looks at the data collected, the archiving, categorising, translations and the digitising of the many works on Islamic heritage and he helps the reader towards identifying the Islamic epistemology of West Africa.

Islamic West Africa has enjoyed a sense of full-fledged access to learning since the time of Africa’s contact with Islam. The author (2016, pp. 18) “traces the development of Islamic education…” in the chapter entitled ‘The Growth and Political Economy of Islamic Scholarship in Bilad-As-Sudan’. This section of the book also highlights the fact that the scholars of Africa did the same level of work and established educational institutions just like any other university in the Muslim world. Kane mentions the works of a number of writers, historians, travellers, geographers and poets, including Abd Allah Abd Al-Aziz Al Bakri (d.1094), the author of Kitab al-Masalik wa’I-mamalik (the book of Routes and Realms). He also mentions the Muslim African poet Al-Kanami, who wrote the following lines in praise of the Almohad ruler Ya’qub Al-Mansur:

“He removed his veil but my eyes, out of awe, Saw him through a veil; his favour drew me near but being near, out of awe, I found myself distant…”

The book also discusses the rise of the clerical class, along with a study of ethnology. It looks at how Muslim groups of different ethnicities had a great influence over public and private institutions in the pre-colonial era, such as in politics, social culture, philosophy and the linguistic development of native languages. The book goes on to show that different groups transmitted and systemised classical Islamic texts into the native West African languages, along with the primary texts, namely the Quran and the Sunnah. A few texts based on the Sunni Maliki legal school were also studied and commentated on such as (2016.pp 82) “…Mukhtasar fi-ibada (Abridged Treatise on Worship) by Abdarrahman Al-Akdari (d.1585)..”, among others.  The book also studies the development of higher Islamic education and institutions as a response to the high number of Western-style institutions, whose only motive was to promote what the Congolese philosopher Valentin-Yves Mudimbe called “The colonial library”.

The book studies the role of Islam in the public sphere in the post-colonial era and now in the present. Muslims students, who have managed to enter universities and have shown skills in Arabophone traditions, have (2016.pp 160) “remained outside of decision making circles….”.The reasons, as the book noted, is because governmental bodies are fundamentally built upon Europhone principles and traditions. Thus, Muslim students ‘roles in high ranking positions are restricted.

The book highlights the relationship between different Islamic movements, ranging from pacifist Sufis to militant radical groups. After reading the book, the reader will come to the understanding that there are different stages in the development of Africa’s religious, political and cultural identities, etc., and in all of these stages Africa has had something to offer to everyone and it is this ‘something’ that will define one’s experience with Africa and its people. Africa is so multi-cultural and multi-dimensional that everyone has something to gain and learn from it.