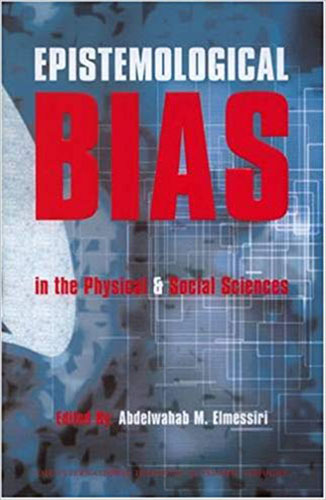 “They are successful because they

Left their religion and we

Are backward because we left our

I landed in Cairo just after the Maghrib prayer in one of my wonderful trip to Egypt. I got into a taxi with my friend who was waiting to receive me. Those who have been to Egypt know very well that using taxi services in Egypt can be a mighty challenge. The driver decided to pick another passenger. It was a tall, big and stocky, cheerful young man, wearing full western clothing.

One could easily have mistaken him for a downtown New Yorker. We exchanged the usual Islamic greeting and within no time, a full-fledged conversation began between us and the young man about the Muslim world. He strongly argued about the backwardness of the Arab [and the Muslim] world and the success of the western world. After learning of the reason behind our trip, he even questioned our sanity; why would you leave London and come here? He questioned, with a voice of pain and sadness. What I found most intriguing is that this young man, who had never left Egypt according to his own confession, was able to speak perfect English with an American/Canadian accent and was very much convinced that the West ‘had it all’. Our discussion had become heated and my friend responded to this young man’s frustration with his usual words of sweetness and love, which came very easily for him, having as he did a background in the Tablighi Movement. I, on the other hand, became what can easily be described as inflamed.  I could not understand the root of his displeasure [with the Islamic] and Arab world displayed by the young man until I read Epistemological Bias in the Physical & Social Sciences.

Epistemological Bias in the Physical & Social Sciences consists of eleven long articles by different authors who are well-established in their respected fields. The work is edited by the late Abdel Wahab M. Elmessiri (May Allah have mercy upon him), who also contributed an article to the publication entitled The Gate of Ijtihad: An Introduction to the study of Epistemological Bias.

It is a publication that is very technical in its nature. It is a detailed study of the West’s epistemological bias that exists so very openly in all areas of modern development and highlights how the West’s epistemological bias helped shaped a narrative that allows, in the word of Elmessiri, a (2006. pp. 5) “cultural invasion” of other people. This narrative is so powerful, the book argues, that it is almost invisible and the effects of this invisible narrative I was able to see in the young man.

The book aims to illustrate that there is an attempt by the Western intellectual of various social and political schools, consciously or unconsciously, to (2006. pp. 5) “force its cultural paradigms onto the people of the world…”. These cultural paradigms show up in almost all areas of physical and social sciences; it is done using very subtle methods and it is advertised under its many names: progression, scientific research, development, [so-called] empirical evidence, classical and modern literature and liberalism.  The book looks at the methodology of the West in terms of the physical and social sciences very critically and argues that these are not universal or workable with other [Muslims’] culture wholesomely, because it is biased from its root to its branches and it argues and provides an alternative narrative taking into consideration the socio-economic-political-religious conditions [of Muslims] which helps to create a holistic and healthy relationship between different people and different cultures. This holistic philosophy is missing in the Westerner’s epistemology.

The West has certainly made progress and development but this progress and development must be understood within a certain historical context and this, according to Hamed Ibrahim El-Mously, a contributor to the publication (2006. pp. 254) is an “unrepeatable phenomenon”, since the success of the West is based upon the (2006. pp. 254) “spread of European imperialism, the colonization of the old and new worlds, the unprecedented accumulation of the wealth…”. Since the West’s achievement is an “unrepeatable phenomenon” its relevance to the ‘other’ world is almost non-existent, both in social and political areas.

Adel Hussein in his article Bias in Western Schools of Social Thought: our Heritage as the Starting Point for Development in the publication notes that the framework of the West (2006. pp. 79) in the epistemological realm is based on Enlightenment notions hinged on the prevalence of ‘secularism’ (with all its variations) in social affairs, hence giving us the prevalence of secular notions of progress. Thus, the book proposes a methodology which is Arab-Muslim-centric. However, the book takes a balanced approach and calls to benefit from Western progress and development with the Islamic ethical and moral worldview in mind.

After establishing the reality of epistemological bias in the different social and political spheres, the book moves to show that such a reality is not set in stone and can be challenged.  Ferial J. Ghazoul in the article Confronting Bias in third World Culture takes on this task to provide a historical account, challenging such a reality using the world of literature as an example. Ghazoul takes three authors’ works from the African continent to demonstrate this.

All of these works are fictional novels but have one thing in common; it aims to challenge the epistemological bias that exists in the minds of the ‘colonizers’.  For example, in Achebe’s novel Things Fall Apart is a response to Christians’ claims of superiority of religion (2006.  pp.177)  “You say that there is one supreme God who made Heaven and earth…we also believe in Him and call Him Chukwu. He made all the world…”. In other words, Christian doctrine is not any more superior then Africans’ religious doctrine.  Tayeb Salih also in his novel (2006. pp.184) “uses complex strategy to deconstruct the ready-made image of the African” and in this way wants to reclaim his and his peoples’ identities from the West.

A second objective of the book is to inform Muslims and create a platform whereby they [the Arab-Muslims] are able to progress and achieve what the West has achieved without closing their door to different, innovative ideas from different cultures. This progress and achievement, however, must be rooted in their traditions and values [the Quran and the Sunnah and Islamic history].  This is what must be the starting point for the Arab-Muslims’ intellectual and material independence.  Adel Hussein notes (2006. pp. 87) “As mentioned earlier, in order to form our own outlook for the future we must have independent theoretical practices. A prerequisite of such practice is a profound perception of our heritage with Islam as its core”.

If the motivation to purchase this book is only to further understand Adel Hussein’s thesis then such motivation is praiseworthy but the book has much more to offer. Its inquiry into the subject is refreshing for the mind and may even be the first step toward coming out from the complexities we find ourselves in in the modern world. This book must be in the library of every Muslims, who are interested in understanding and critically analysing the dominant narrative of the world.