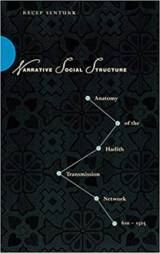 He was born at Çankırı in 1964. He completed his bachelor’s degree from the Islamic Studies department of Marmara University. In 1988, he completed his postgraduate studies from the Department of Sociology at the Faculty of Arts of Istanbul Üniversity. He became an assistant at the same department after his postgraduate studies. In 1998, he obtained his doctorate from Columbia University in New York, US. He became an assistant professor in 2003 and achieved professorship in 2008

He worked for sometime as a researcher at the Center for Islamic Research (ISAM), 29 Mayis University. Afterwards, he worked as the founding director of Medeniyetler İttifakı Enstitüsü (Alliance of Civilizations Institute) at Fatih Sultan Mehmet Vakıf University (FSMVÜ) (since 18 January 2017, the institute was transferred to Ibn Haldun University). He was also a member of the board of trustees of Istanbul Sabahattin Zaim University. He has served as the Rector of Ibn Haldun Üniversity since 10 Mart 2017, after being appointed to the post by Turkish President Recep Tayyip Erdogan.