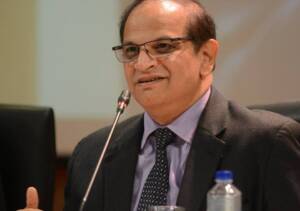 Dr. Imtiyaz Yusuf is Associate Professor and the Coordinator for the Islamization of Knowledge Programme and also Islam and Buddhism Programme at The International Institute of Islamic Thought and Civilisation (ISTAC-IIUM) in Kuala Lumpur, Malaysia. Dr. Yusuf former Senior Fellow at the Prince Alwaleed Bin Talal Center for Muslim-Christian Understanding, (ACMCU) Georgetown University, Washington D.C., USA. He is also the former Director of the Center for Buddhist-Muslim Understanding in the College of Religious Studies at Mahidol University in Thailand. 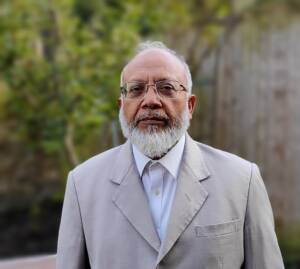 Dr Rashid Ayyub Islahi completed his traditional degree in the Islamic Sciences from the Islamic seminary of Madrasatul Islah, India. He graduated from the Islamic University of Madinah and studied Arabic literature at the Umm al-Qura University of Makkah. He later undertook Philosophy of Religion and Biblical studies at the University of London. He obtained his PhD from the University of Glasgow in the Philology of Hadith. Over the last 37 years in London, Dr Rashid has been working in academia, education, and religious and spiritual care for the NHS. He has taught a wide range of courses for adults, with a particular focus on Usul al-Tafseer, Hadith, Aqee

Dr. Recep Şentürk currently serves as a professor of sociology at Ibn Haldun University. He was the founding president of Ibn Haldun University (IHU) in Istanbul (2017-2021). After graduating from The School of Islamic Studies at Marmara University, he did his MA in Sociology at Istanbul University. He pursued his PhD in Sociology at Columbia University, New York.  He served as a researcher at The Center for Islamic Studies (İSAM) in Istanbul, and the founding director of the Alliance of Civilizations Institute. He is head of the International Ibn Haldun Society. He has published widely in English, Arabic and Turkish on a whole range of topics, including social theory and methods, civilization, modernization, sociology of religion, networks of ḥadīth transmission, Malcolm X, Islam and human rights, modern Turkish thought, and the life and ideas of Ibn Khaldūn. Among his books are: Narrative Social Structure: Hadith Transmission Network 610-1505; Malcolm X: The Struggle for Human Rights, and in Turkish; Open Civilization: Towards a Multi- Civilizational Society and World; Islam and Human Rights; Ibn Khaldun: Contemporary Readings; Malcolm X: Struggle for Human Rights; Social Memory: Hadith Transmission Network 610-1505. Şentürk’s works have been translated to Arabic, Japanese and Spanish.

Shahnawaz Haque qualified as a psychoanalytic psychotherapist. He has a private practice as an Islamic therapist working with individuals and couples in psychotherapy and counseling informed both by his psychotherapy training and by Islamic concepts. He earned his BA and MA from the University Cambridge. He is also an honorary imaam giving Friday sermons in various mosques in and around London. He is a very enthusiastic tennis player.

Dr. Shahrul Hussain is a graduate of a traditional private Islamic seminary. In 1997, after graduating from the Seminary, he won a full scholarship to study at the University of Al-Azhar, and in 2001 graduated from the Faculty of Islamic Jurisprudence and Law with a BA Hons. He also has earned a B.A. in Islamic and Cultural Studies with Arabic (Fadil), Darul Uloom Islamic College, Birmingham, UK. and another B.A. in Islamic Studies, Rabitah Madaris al-Islamiyyah. In 2009, he completed his Ph.D. at the University of Aberdeen, Scotland. presently he is the Director and Head of Research at The Ibn Rushd Centre of Excellence for Islamic Research and also Visiting lecturer at Birmingham City University, School of Law.

Professor Abdur Raheem Kidwai is a professor of English, with two Ph. D.s in English, including one from the University of Leicester, UK, has a special interest in the following areas of study: Literary Orientalism/English Translations of the Quran/Urdu-English-Urdu Translation/Inter-Faith Dialogue! Islam in the West. Have 40 books to his credit including Orientalism in Lord Byron’s Turkish Tales, The Crescent and the Cross: Image of the Orient in English Literature, Stranger than Fiction: Image of Islam/Muslims in English Fiction, Behind the Veil: Representation of Muslim Woman in Indian Writings in English 1950-2000 and many more.

Dr. Ovamir Anjum is the Imam Khattab Endowed Chair of Islamic Studies at the Department of Philosophy and Religious Studies at the University of Toledo. His work focuses on the nexus of theology, ethics, politics and law in Islam, with comparative interest in Western Thought. Trained as a historian, his work is essentially interdisciplinary, drawing on the fields of classical Islamic studies, political philosophy, and cultural anthropology. He obtained his Ph.D. in Islamic Intellectual history in the Department of History, University of Wisconsin-Madison, Masters in Social Sciences from the University of Chicago, and Masters in Computer Science and Bachelors in Nuclear Engineering and Physics from the University of Wisconsin-Madison. Before higher education, his Islamic training began at home while growing up in Pakistan, Saudi Arabia, and the United States with a broad range of scholars including his remarkable grandmother, and continued as he studied fiqh with South Asian Ḥanafī and Ahl-e-hadīs scholars and usūl al-fiqh and qirā’āt of the Quran with scholars from Egypt’s Al-Azhar and Syria. He is the author of Politics, Law and Community in Islamic Thought: The Taymiyyan Moment (Cambridge University Press, 2012). He has translated Madarij al-Salikin (Ranks of Divine Seekers, Brill 2020) by Ibn al-Qayyim (d. 1351), one of the greatest Islamic spiritual classics, which upon completion will be the largest single-author English translation of an Arabic text. His current projects include a survey of Islamic history and a monograph on Islamic political thought.

Dr. Muzaffar Iqbal is the founder-president of the Center for Islamic Sciences (www.cis-ca.org), Canada, (previously, Center for Islam and Science); editor of Islamic Sciences, a semi-annual journal of Islamic perspectives on science and civilization, and General Editor of the seven-volume Integrated Encyclopedia of the Qur’an, the first English-language reference work on the Qur’an based on fourteen centuries of Muslim reflection and scholarship. The first volume was published in January 2013. Dr. Iqbal received his Ph.D. in chemistry (University of Saskatchewan, Canada, 1983), and then left the field of experimental science to devote himself to studying Islam fully. Born in Lahore, Pakistan, he has lived in Canada and United States since 1979. He has held academic and research positions at the University of Saskatchewan (1979-1984), the University of Wisconsin-Madison (1984-85), and McGill University (1986).

Dr Safaruk Chowdhury studied Philosophy at Kings College London completing it with the accompanying Associate of Kings College (AKC) award. He then travelled to Cairo studying the traditional Islamic Studies curricula at al-Azhar University. He returned to the UK to complete His MA at the School of Oriental and African studies with distinction. His doctoral dissertation was on the eminent Sufi hagiographer and theoretician Abu ‘Abd al-Rahman al-Sulami (d. 412/1021) published as A Sufi Apologist of Nishapur: The Life and Thought of Abu ‘Abd al-Rahman al-Sulami (Sheffield: Equinox Publishing, 2019). Saf’s research interests in addition to Sufism at the moment are in paraconsistent logic, metaphysics, ethics and epistemology with keen interest in how these subjects were all utilised for clarifying and explicating Islamic theological doctrine – especially within kalam theology. His forthcoming book is entitled Islamic Theology and the Problem of Evil (New York and Cairo: AUC Press) which is the first work in Islamic studies to treat the topic within the analytic theology approach.

Shaykh Abu Bilal Sanel Haskic graduated from Madinah Islamic University (K.S.A) with a BA Hons in Shari’ah and specialises on the field of Fiqh and Aqeedah. MA in Education from MIHE, Newman University.UK He has a general Ijaza (accreditation) in some of the major Hadith- and Fiqhbooks (by S. Hamid al-Buchary, Al-Madinah). While studying he has attended a number of regular
duroos and seminars by notable scholars (mainly from AL-Madinah) at the Prophets’ Masjid as well as privately. He has done different translations of Islamic texts (Arabic-German-English). Shaykh is involved in number of activates in UK and abroad

Dr. Mustapha Sheilkh has a degree in Islamic Law and Theology (Fath al-Islami, Syria and EIHS, Wales), an MSt in the Study of Religions (St Cross College, Oxford), a DPhil in Theology (St Cross College, Oxford), having previously taken a degree in Project Management at UCL. He has  been a member of Arabic, Islamic and Middle Eastern Studies at the University of Leeds since 2009, and have held visiting positions at Bangor University and Aston Business School. His  work is distinguished in the field for its critical engagement with Muslim tradition that is attentive to the play between power and knowledge building; and for a scholarly approach grounded in both academic and traditional-madrasa training.