The Leaf of the Neem Tree

HomeSubjectsPoetriesThe Leaf of the Neem Tree 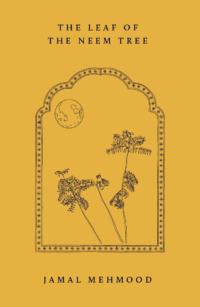 Before starting the review of Jamal Mehmood’s The Leaf of the Neem Tree, I would like to share what Imaam Abu Bakr Muhammad ibn Yahya Al- Suli (d.947) stated in his biography of the poet  Abu Tammam Ḥabib Ibn Aws  (d. 845);  he states that “their (the poets) poetry is also more suited to its time and people […]”. It is in such times and places that memories are created, and it is those memories that are expressed in the form of poetry.  When the world falls into a deep sleep and the lazy self-wonders voiceless, it is in these voiceless moments that the heart speaks. Finally, I have tried to define what is poetry is in the following few verses

It is the caring voice of mothers,

It is the fear in father’s eyes,

It is the silences bouncing off from the four walls,

Poetry is the cry of injustice,

It is sleeping in the refugee camps of Syria,

It is the crime of the scholars,

It is inside and outside,

It is walking into emptiness,

It is Hajajj’s sword and Iqbal’s shikwa,

It is the betrayal of Abu Righal and cloaks of shameless shaykhs.

It is life itself.

Jamal Mehmood has bravely ventured into these moments in his latest publication,  The Leaf of the Neem Tree. Being a collection of free-verse poems, along with some interesting and culturally inspired short stories, he not only rejuvenates the reading spirit, but he creates a feeling of acceptability of different cultural expressions. Mehmood’s collections reflect many of his personal and social experiences but at the same time, it allows each reader to take something from it. In his verses, there is a sense of lostness, this is to say, the reader will find it difficult to give a meaning to the poem at the beginning, and yet at the end of the poem, it creates a deep and philosophical, almost ecstatic experience.

Continually being identified as the ‘other’ skin colour that never seems to fade away. The brownness, the Muslimness, always capturing the 9 o’clock news, makes one frustrated and angry but Mehmood’s collection, in much sense pierces the negativity and brings out a warm and welcoming feeling that transcends beyond brownness and at the same time, it somehow challenges Samuel Huntington’s clash of civilizations.

“the higher the ceiling, the sweeter the fruit” Mehmood verse teaches values that are enshrined in Islamic world-view, and by doing that, he emulates the sufi poet Rumi and the Urdu poet Mir Taqi Mir. The short stories are full of lessons for the troublesome young men and women of our time. Furthermore, Mehmood’s writing is therapeutic on so many levels, allowing you to self-reflect on daily shortcomings and appreciate the blessing of Allah, may He be exalted. For example, in ‘Agadir’, a short story of a cheating husband called Sharif and his faithful God-fearing wife, Mehmood manages to ingeniously integrate the notion of the Sharif’s ‘sin’ and his wife’s ‘sincerity’, describing how the “sincerity of her voice rang on his head”  whilst Sharif remains “filthier than that morning”.  Through Sharif’s journey, the reader learns to appreciate the many blessings of Allah.

Mehmood manages to interestingly integrate some Urdu terms into his poetry, highlighting the important role that languages play in any culture. Mehmood includes a number of key Urdu words, showing that not everything can be translated from one language to another – there are just some words that can not be translated. It also shows there are perhaps some things that Mehmood only wants to share with other Urdu speakers, setting the non-Urdu speakers apart as outsiders. This careful choice to include another language into English writing to create the notion of outsiders is very reminiscent of Chinua Achebe’s novel Things Fall Apart.

In conclusion, Mehmood’s poems in The Leaf of the Neem Tree are aesthetically pleasing whilst embodying and upholding British Mulsim culture and identity. The book is a must read book for anyone interested in poetry that reflects the lived experiences of British Muslims.