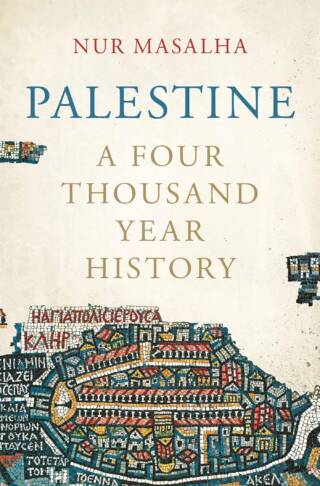 “If I don’t steal it, someone else will steal it.”

In the film The Kingdom of Heaven when Saladin, played by Ghassan Massoud, was asked by Balian of Ibelin, played by Orlando Bloom, “What is Jerusalem worth?” Saladin replied, “Nothing.” Then, whilst walking, Saladin turned back and said, “Everything”.

Jerusalem and its surrounding area, be it sanctified or not, has an important history, has its natives, and its cultural-collective identity.

Nur’s book is a challenge to the popular Zionist and Western narrative of Palestine, its history, and people. To the Zionist narrative, supported unconditionally by the powerful Western world, Palestine’s history and its people starts only after the 1900s under the British. Nur notes (2018. pp.5):

Before the 1900s Palestine and its surrounding areas were, as the Zionist slogan goes, a Land without people and history. It is, as the narrative goes, the Jewish people, or more correctly the Zionists, who re-discovered the promised land.

Nur very powerfully shows his readers, using various historical works, novels, land records, travel memoirs, family history and oral traditions that Palestine has history prior to the 1900s. Furthermore, there are recorded narratives of multi-religious and ethnic groups who lived and worked in  Palestine and they were known collectively through history by the name Palestinian with various spellings and pronunciation. He says (2018, pp. 60):

“In seven known Assyrian clay tablet and Cuneiform inscriptions from different periods the Assyrians called the region connected with modern Palestine ‘Palashu’ or ‘pilstu’ and called the people who lived in this region Palestinians; pa-la-as-ta-a-a..”

Nur traces the history of  Palestine from Late Bronze Age Egypt through the Greek, Roman, Byzantine, and Islamic empires to the modern era.  He notes (2018, pp.1):

“The first document in the late Bronze age, about 3200 years ago, the name Palestine…, is the conventional name used between 450 BC and 1948…”

The Gaza strip, the most densely populated area in the world was once a major metropolis city and an administrative capital of the Egyptian province of Palestine. It was the center of learning for centuries from the time of the Hellenistic period, where it was famed for the Rhetorical school, down to the Islamic period. Gaza, as mentioned by Nur, was the birthplace of Imaam Shafi, founder of one of the Sunni legal schools. The city was a major exporter of olive oil, soap, and silk. (Nur 2018).

Like a skilled detective, Nur investigates every claim made by Zionist historians and proves that their claim is not only historically inaccurate but also chronologically dubious. Although the foundation of Zionism and the modern-day Jewish identity is a secular one, much of the so-called archaeological evidence provided by the Zionist entity is purely based on Biblical studies. Biblical stories and narrative becomes for the Israeli secular scholars what Nur calls the ‘sacred literature. (2018. pp.370).

“The historicisation of the Bible is a national enterprise in Israel, carried out by hundreds of scholars at all universities. The starting point is Biblical chronology, then evidence (limited) and speculation (plentiful) are arranged accordingly. The Israeli Defence Ministry has even published a complete chronology of Biblical events, giving exact dates for the creation of the world …”

“…through the renaming of Palestinian historic and geographic names. Much of this de-Arabisation of Palestine is given archaeological justification; the existence of Arab names is written over by newly coined Hebrew names. This ‘epistemological strategy’ prepares for the construction of an Israeli Jewish identity based on assembling archaeological fragments, scattered remnants of masonry, tables, bones, and tombs, into a sort of special biography out of which the European colony of the Yishuv emerges ‘visible and linguistically, as Jewish national home”.

The book is packed with all kinds of evidence that shows over and over again that Palestine, as we understand it today, was always Palestine, with people of many faiths and ethnic groups co-existing together. What is new to present-day Palestinian history is the existence of the non-native radical Zionist movement and the European Jews’ entity.

Nur presents to his readers a complete all-around history of Palestine. This approach is taken with a particular intention to educate the scholars, students and the general public and also to debunk the popular and rosary Zionist narrative about Palestine.  The book is well-researched, packed with evidence that is easy for the reader to locate. Although the book is intended for a universal audience, without some basic knowledge about Palestine and its history the reader may struggle to follow the author’s argument and intent.

The reader will quickly notice the author’s honesty in presenting his opponent’s argument as it is and then placing his rebuttal within the framework of academia. The author also provides a detailed bibliography, notes, and index which only add to the value of the book.

Despite all of the positive features relating to the book, it lacks a more easily presentable and accessible layout.  A greater simplification of the language would have it more accessible to the general public.

Overall, it is a book worth investing in to learn about a land that has captured the soul of so many people from all walks of life.