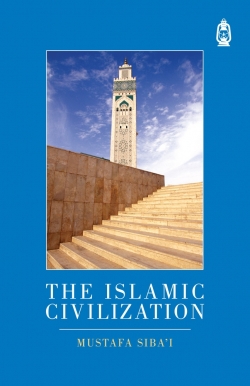 “Hand the secular Arab a glass of urine, and tell him that it is wine. He will not only pretend to enjoy it, he will enjoy it.”
Abdal Hakim Murad

“What did the Muslims and Arabs do for the world?” was the passionate cry of an Arab secularist on Jordanian television. Convinced that human perfection, both intellectually and technologically, has been achieved by the Western world. There was almost a religious adherence to his Western masters. We are led to believe the West is the cradle of civilization; morally, socially, and economically.
In the real world, however, the story is quite different. The Western world is the child of another civilization, whose impacts are to be seen in every aspect of its development. It is amazing how an Arab ‘intellectual’ failed to see the contribution of Islamic Civilisation to the world. The book is an overview of Islamic Civilisation and its contribution to the wider world, covering almost all fields of knowledge. It is (2002. pp.20) “Collection of talks that I [Dr. Mustafa Sibai] delivered and which were broadcasted on radio Damascus between September 8th and December 15th, 1955…”

The book aims to highlight the achievements and contributions of Islam to the world, in the field of science and technology. In addition, it aims to highlight its attitudes toward education and the improvement of society. It introduces Muslims to its golden age. It points out that once it was the Islamic world that was at the forefront of science, technology, and development. This was only possible because of the environment Islam created. It laid the foundation for what we know today as Western civilization. The thesis put forward is that Islamic civilization contributed greatly to the world’s success. The platform for innovation, creation, and development of human activities, where coexistence was possible, was solely created by Islam. Islam sees no contradiction between religion and science and both are from the blessing of Allah.
The book is divided into thirteen chapters, covering all areas of human concerns and giving some details of the Islamic contribution to the subject. These chapters give examples that illustrate how such a subject was understood and how learned men applied its principles in the public sphere. For example in the chapter on schools and educational institutions, the book argues that the mosque is not only a place for daily prayer but also a place for learning ( 2002. pp. 144) “ Quran, Shariah, Grammar and various other disciplines…”. Soon, the religious doctors started what was called a “kuttab” to teach writing, reading, and mathematics. That kuttab were attached to the mosque (2002. pp. 145) and “resembled the secondary and high school of today…”. There was no separation between religious education and secular education; such a doctrine did not exist in Muslims’ worldview.
Another area of importance is public health. Islamic civilization was the first to create and establish hospitals, not so different from the modern world. Muslim rulers established such institutions for the public’s well-being as a duty to Allah. Those institutions were well stocked with resources and qualified staff, and there were specialist doctors in their departments and research centres. “The physicians appointed to these hospitals were granted large properties and salaries…” (2002. p. 158). The layout and the management of those institutions resemble modern-day national health service (NHS), for example (2002. pp.p.1) “these hospitals served as institutions for the training of the medical student, and every hospital had a large lecture theatre where the chief medical officer, other physicians and medical students used to gather…”

The book, in several places, draws comparisons with Europeans. It highlights that such institutions simply did not exist and where there was an attempt to establish one, it was a primitive development. (2002. pp. 175) “…Europe was ignorant of the meaning of hospitals. Up until 1710 CE, it would hardly be an exaggeration to say that they [were] living in poor conditions…” The book quotes authors such as Maxi Tordo and Tanon, who witnessed the condition of the most prestigious hospital in Paris called Otel Diew, it was a very primitive structure compared to the Muslim world’s hospitals. The argument holds that developments and achievements have not been based on humanist principles or approaches, but rather had a deeply religious motive.” The book follows a similar layout in covering other areas of Islamic developments and contributions. It covers areas such as philanthropy, religious tolerance, social institutions, and private and public libraries. In several places, the book makes a direct appeal to Muslims to renew their religious commitments and regain their past glory. It also poses a rhetorical question about Muslims’ commitment to improving their current situation.

The book’s audience is the general public. Therefore, it does not follow a strict academic writing method or layout. Instead, the narrative of the book is informal and avoids academic jargon. There are no footnotes or citations, nor does the book provide readers with an index to the book. In the absence of references, the book’s content appears as mere claims. It can be concluded that the book has, in some sense fulfilled its aim, which was to raise awareness of Islamic contribution. Its purpose was to create awareness of its role in the world. It has given Muslims a starting point and has opened a door to rediscovering their heritage and renewing their religious commitments and self-confidence.