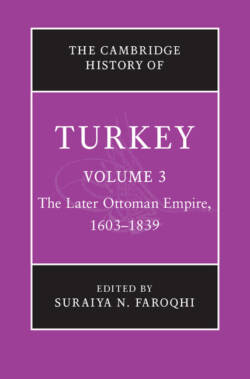 The aim of this essay is to critically review Fikret Adanir’s (2006) chapter on Ottoman history which focuses on the ‘semi-autonomous provincial forces in the Balkans and Anatolia’.

The critical review will be structured accordingly: introduction, discussion and conclusion. Firstly, the Introduction highlights Adanir’s overarching thesis, that the rise of provincial forces and the power shift from central to peripheral within the Balkans and Anatolia does not mark the decline of the Ottoman Empire. His two central arguments are (1) the Nasîhatnâme literature, letters of advice, had not been codified or interpreted correctly and (2) central Ottoman rule had effectively integrated the indigenous elites of the provincial forces: the Balkans and Anatolia. Thereafter, the review discusses both arguments, critically evaluating their validity and, where possible, synthesising them. Finally, a conclusion will be offered, drawing on the evidence for both arguments.

Two important arguments emerge from Adanir’s work. Firstly, his chapter challenges the long-held view that the ’emergence of provincial forces as a challenge to central [Ottoman] authority’ marked the decline of the Ottoman Empire (p.157). He argues that the notion of the ‘decline paradigm’ during the 1700-1800s is no longer acceptable in light of the Nasîhatnâme literature. Secondly, Adanir’s work offers an alternative socio-political understanding of how provincial forces functioned under Ottoman rule, highlighting the Empire’s early success ‘in integrating the indigenous elites’ (p.159). The first argument provides an alternative to the way in which historians measure and date imperial ‘decline’ whilst the second point offers lessons for contemporary times. The above mentioned arguments will now be discussed in further detail.

Argument 1: The decline of the Ottoman Empire

Adanir’s argument is that historians have tended to draw ‘on source materials from the central [Ottoman] state archives’ which had been created ‘to condemn predatory practices of rebellious administrators and bandits’ during the time of provincial forces in the Balkans and Anatolia, suppressing the idea that regional, semi-autonomous enclaves existed under Ottoman rule (ibid:257). Therefore, what emerges from Adanir’s argument is that any official Ottoman recognition of semi-autonomous provinces, deductively connotes imperial weakness, supporting the idea that it was a period of decline. Further expanding on the role that the state archives has had on interpreting the historicity of the Ottomans, he (ibid) claims that previous research reflects the classical Ottoman regime’s patrimonial control of the narrative – a form of ‘sultanism’- leaving little room for the idea that there existed a ‘group of provincial mediators [local leaders with some degree of authority] between the ruler and the ruled’ (p.157). Therefore, it seems that any attempt at identifying this time period of mediation, essentially between central power and the frontiers, as a symptom of the Empire’s decline, undermines the value of the relationship between the ruler and the ruled, further legitimising the idea that it indicated its decline.

Adanir highlights that recent interpretations of the seventeenth and eighteenth century ‘are careful not to use the word ‘decline’’ whilst examining this era of Ottoman history (ibid: 165). Furthermore, he believes that the ‘decline paradigm’ emerges from a post-Second World War climate ‘supported by references to nasihatname’ literature: advice letters for sultans (p.165). İnan (2018) states that the transformative events of the late sixteenth century were real indicators of the Empire’s ‘imminent fall’, leaving ‘members of the Ottoman elite […] to ponder the causes and […] to offer their formulas for recovery’ (p.112). As the Empire continued until the early twentieth century, one finds it hard to completely agree with İnan’s use of the term ‘imminent’. What emerges from the nasihatname literature are notions of returning to a golden age, particularly the era of Sulayman the Magnificent (1520-1566); guidance on good administrative practice; and ‘the reasons for the collapse of a country’ (ibid: 114).

Adanir (2006) raises the point that until the ‘genre conventions of the nasihatname literature were recognised’ (p.165) no coherent argument could be formed. Although this review does not analyse the nasihatname literature, it empathises with Adanir’s concern of misunderstanding the function that it was created for. Evidently, there is a degree of difficulty in retrospectively reviewing any literature written in a time of empires and non-democratic societies.

Further complicating the main focus of the first argument, Rogan (2015) points to the fact that ‘since 1699, the Ottomans had lost most of the wars they had fought, and still the empire had survived’ (p.385). However, Adanir positively likens the internal upheavals throughout the Balkans and Anatolia over the two-centuries to the rural rebellions of seventeenth-century France as they did not signal the end of France. Comparing Ottoman upheavals to the French rural rebellions seems to be an odd choice of comparison. The main objection is that the French rebellions were conducted by people who were ethnically French and considered themselves Frenchmen, whereas in the Ottoman context, rebellions were conducted by previously conquered people who may not have considered themselves as truly Otto-man or even Turks. Although Adanir attempts to provide a counter argument, the chronological events that followed in Ottoman history appear to portray an empire in decline, unlike that of France.

Adanir’s (2006) work also offers a better socio-political understanding of how provincial forces functioned, early on, under Ottoman rule, highlighting that ‘the establishment of Ottoman rule did not necessarily mean a complete ousting of pre-Ottoman leadership groups’ (p.158); furthermore, Ágoston and Masters state that ‘The Ottomans built one of the most […] splendid multi-ethnic and multi-religious empires’ (2009:xxvi).

In the context of the semi-autonomous forces in the Balkans and Anatolia, Abou-el-Haj (1969) describes the signing of the Karlowitz Treaty, which ended the Austro-Ottoman War in 1699, created a ‘mental shift’ in the remaining semi-autonomous forces. Additionally, he (ibid) highlights how society moved ‘away from the combative spirit of a frontier society to a more civilian culture with intensified interactions across social, ethnic and religious divides’ (pp.131-7). Furthering Abou-el-Haj’s point, Adanir (2006) states that the new deepened interactions led to the ‘increased visibility of non-Muslim populations in urban life [which] was a distinct tendency of this period’ (p.169). However, to what extent the Ottoman admiration helped in facilitating the visibility of non-Muslim populations in urban life is difficult to determine; rather in hindsight, it seems to have been an organic result of the Karlowitz Treaty. However, the Balkans started to experience a number of different uprisings, from internal ‘rivalry among local [provincial] leaders’ to external foreign meddling (ibid: pp. 181-185) which, in 1806, led to the Porte ready to ‘recognise Serbia as an autonomous principality paying annual tribute’ (ibid: 183). It is worth noting that his chapter does not speculate on how the empire declined or when it started, but merely wants to challenge the idea that it started in the late sixteenth century.

Adanir’s counterargument against the idea that an increased sense of regional identity weakened ties between the local and imperial governments has some breadth as the eventual dissolution of the Ottoman Empire did not manifest until after World War I. Perhaps the regionalism was actually a sign of strength, and that the local governments had always enjoyed a certain amount of relative freedom. At a final glance, Adanir’s central thesis, that the rise of provincial forces does not mark the decline of the Ottoman Empire, raises questions of how historians measure and date imperial decline; and to what extent does losing imperial territory constitute looming decline. In the Ottoman case, Adanir’s thesis stands correct as the emergence of provincial forces within the Western-frontier was neither a symptom nor an indication of imperial decline.

Alaa Dean Alzalam loves studying and has spent around 15-years pursuing higher education. He has spent several years studying traditional Islamic sciences and the Arabic language in the Middle East as well as teaching English in the Gulf region. At present, He teaches English for academic purposes and helps prepare international students for English proficiency examinations. In his spare time, He enjoys traveling to new places, exploring nature, and practicing calligraphy.
He has been awarded MA (TESOL), Master’s in Education (MEd), PGCE, and PgCert -- as well as an HND and BA (Hons) in T.V, Film, and Creative Media.