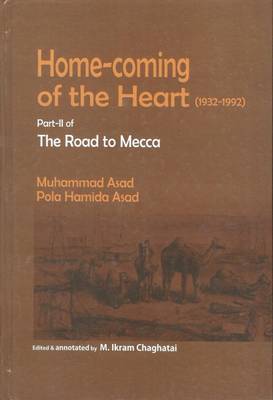 At this solemn hour in the history of India, when British and Indian statesmen are laying the foundations of a Federal Constitution for that land, we address this appeal to you, in the name of our common heritage, on behalf of our thirty million Muslim brethren who live in PAKSTAN […].”.

The young Cambridge University law graduate,  Choudhry Rahmat Ali (1897-1951) in his pamphlet entitled Now or Never; Are We to Live or Perish Forever, envisioned the birth of an independent Muslim state from the greater India. By taking the first beginning letter of the following regions Afghanistan, Kashmir, Sind, and the last three letters of Balochistan; Ali named his envisioned country: Pakistan (the letter ‘i’ was incorporated to ease pronunciation). However, as fate would have it, it was Muhammad Asad, an Austro-Hungarian convert to Islam, who would be the first person to be issued with a Pakistani passport and to represent Ali’s dream in the United Nations as Pakistan’s first ambassador.

I was initially introduced to Asad through his acclaimed book The Road to Mecca. When I finished the last chapter “End of the road”, I felt a sense of disappointment, asking myself: “Is this the end of Asad’s experiences and his extraordinary life?”. The road to Mecca rejuvenated my reading experience and I wanted to read more, perhaps something simply called: The Return of The Road to Mecca II – well it was a title I had in my mind should Asad ever write a second volume.

I was not too far away it seems, I soon found there was indeed a second volume published with the title Home-coming of the heart (1932-1992) part II of The Road to Mecca. This later volume consists of two major parts. Part one, written by Asad, covers the period from 1932 to 1952 whilst part two is an autobiography of Pola Hamida: Asad’s young and charming European wife, covering the period between 1952 to 1992.

This volume begins with Asad’s journeying through Arabia to India with his Arabian wife Munira and his son Talal (now a professor of cultural anthropology at the University of Chester). This journey is to be Asad’s last adventure. In India, Asad met many influential Muslim politicians and leaders, including the influential scholar and polymath Allama Iqbal.

Asad very quickly won the admiration of India’s Muslim aristocrats and established himself as an informal spokesman for the Muslim intellectual movement of India. Asad’s involvement with the Indian Muslim movement can be said, to be his last attempt to materialize his vision of an Islamic identity, based upon a neo-Mu’tazili philosophy.  As a result of his unorthodox Islamic philosophy, the reader will find Asad in conflict with many traditional and normative legal positions. For example, Asad considered the hijab as a medieval, anti-Islamic practice and hindrance to progressiveness.

Asad’s neo-Mu’tazili representation of Islam was accepted only by the aristocrat Muslims of India. He was not a voice for the traditionally trained scholarly class. Asad was able to travel all over India as a guest of many dignitaries such as Chaudhry Niaz Ali Khan (1880-1976). With the financial blessing of those dignitaries, he went on to establish a press in Kashmir with the intention of printing the first-ever English translation of Sahih-al-Bukhari under the advice of Allama Iqbal. He also published at a later period a monthly journal called Arafat, which was meant to be a critique of Muslim thought; instead, the journal advocated for an independent Pakistan and its cause.

Additionally, Asad’s second volume offers an insight into one of the loneliest periods of his life. At the outbreak of the Second World War in 1939, he was arrested by the British Government as an enemy of the state. He spent three years in different detention camps, winning the mind and the heart of many Muslim prisoners and guards. During this difficult period of his life, one gathers that it was his faith (may Allah have mercy upon him) that kept his motivation alive, solidifying the notion and need for an independent Pakistan.

Being released from the detention camp was a two-fold celebration for Asad. On one hand, he was able to reunite with his family and friends after three hard years. However, on the other hand – and perhaps more importantly, the dream of an independent Muslim state was fast becoming a reality.

After the birth of Pakistan, Asad soon became an official member of the newly formed government. He played a pivotal role in establishing many governmental departments, such as the Department of Islamic Reconstruction, tasked with drafting the first constitution of Pakistan. He also had many other roles within the government such as Joint Secretary of the Middle East Division in Foreign Office, Minister Plenipotentiary to the United Nations, and organiser of the International Islamic Colloquium.

In one of those meetings at the United Nations, by chance, his eyes fell on a young, charming, and intelligent woman, someone of his temperament by the name of Pola, a reporter working for a small magazine. Asad is very open about his appreciation for beauty in general and especially with regard to the opposite sex. A notable theme throughout his writing. He was not shy in expressing his love and admiration for Pola, despite being much older than her.

Thereafter, Asad divorces his Arabian wife and remarries Pola. Perhaps, the divorce of his Arabian wife and new marriage with Pola can be interpreted as a severance from his former oriental life and a re-embracement of his European roots – although Asad does often express a sense of regret and longing for Arabia.

Asad and Pola’s new life took them to many new places and many new social gatherings, which were in stark contrast to his former Islamic values. It could be inferred that Pola’s European charm began to redefine Asad’s worldview leading him to follow a triangular trajection: beginning as a European, then as an oriental, and once again a European. His retransformation back to being a European highlights how his Islamic philosophy had become more intellectual and radically lenient.

Unfortunately, what emerges is that Asad loses his Islamic activism at this point of his life. The ‘Asadian’ Islamic revivalism was a short-lived experience and a footnote in the pages of history. In summary, Asad’s Road to Mecca remains a classic from a literary, narrative, adventurist, and historical perspective; although, many of his later Islamic thoughts remain questionable.