The Travels of Ibn Al-Tayyib 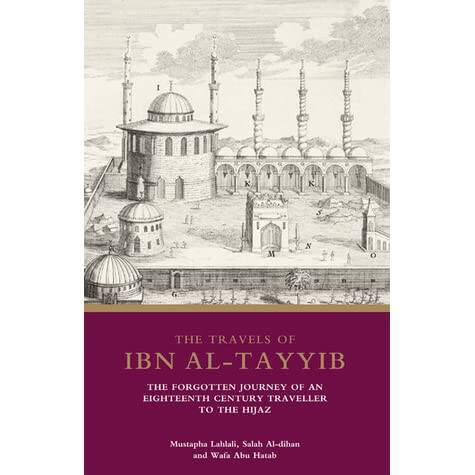 The Travels of Ibn Al-Tayyib

Travellers have always been major contributors in understanding the world; their experiences of other cultures, description of the landscape and their eyewitnessing of the events and rituals of the places and people which they visited has helped the modern scholars to study the past. Ibn Al-Tayyib was one such contributor in our understanding of the eighteenth century Hijaz.

Ibn Al-Tayyib was a Moroccan scholar of law, lexicology, linguistics and poetry. His full name was Muhammad Ibn Muhammad Al-Tayyib Ibn Muhammad Ibn Musa Ibn Muhammad Al-Sharqi Al-Sumayli.  He was born in Fez in 1110 AH (1698 AD) and died in 1170 AH (1756 AD).  He was an orthodox Sunni with a special interest in Sufism. He came from a learned family, having scholars from both sides of his parents. Having studied in his locality, he travelled eastward to Tunisia, Libya, Egypt and finally settled in Medina, where he chaired and lectured on different Islamic sciences.  He was admired by many scholars and students who travelled from different lands and different schools to study under him.

The book is divided into two sections. The first section is the literal translation of the Rihla, which records (2010 p. 2) “minute details, which the author took care to record during his journey from place to place”.  The second section is an in-depth study of the socio-economic atmosphere of Ibn Al-Tayyib’s time by the translators.

From page 9 to page 132 it covers the translation of the Rihla.  Ibn al-Tayyib gives us detail information of the places he travelled through, covering the description of the landscape, its people,  their religious teaching and the market places, which Ibn al-Tayyib found it to be very different from his home town.

He informs us of two dangerous elements which such a journey entails. First is the fear of bandits, of which once Ibn Al-Tayyib was himself a victim of and the second shortage of water. The Rihla also details the religious personalities who had a major impact on the people such as Imam Shafi’i and Sheikh Abu Hilal.

The Rihla follows a diary entry methodology in recording the information, where dates and days are mentioned and the travel activities of that day. In most cases only three or four sentences are entered to record the information of the day and the place. In some cases there is detailed information of the place, but such detailed recording is only when he passes through major cities or landscapes which have historical importance such as Cairo or Uhud Mountain. Ibn Tayyip records minute detail of such places.  He sometimes expresses appreciation of the cities’ architecture and economics: (2010. p. 56) “We entered Cairo on a Friday noon. It is the city of fascinating beauty and wealth”.

Throughout the book, Ibn Al-Tayyib discusses legal issues with scholars and students he met in different cities, especially major cities such as Cairo.  For example, in Cairo, after he was offered some Moroccan dishes and coffee, he discusses the legality of drinking coffee and the fact that many have written about the legal rulings on coffee such as Al-Shaykh Al-Antaki, who had written a book on this issue call Al-Tatkira, and also Imam Zain Al-Din Al-Hanbali’s call Al-Durar Al-Fara’id Al-Munathama fi Akhbar Al-Haj was Mecca Al-Mu’azama.  Also in many places he mentions his views on legal issues, which gives us an insight into the mind of Ibn Al-Tayyib.

Ibn Al-Tayyib makes continuous references to earlier Moroccan travellers such as Al-Abdari and Abu Salim Al-Ayyashi, comparing and contrasting the details of the places and people he visited during his journey with that of the other travellers. As a result, the Rihla is more than just Ibn Al-Tayyib’s experiences.

Section two of the book is more of an academic discourse and has an important relation to the actual Rihla. It is divided into four chapters. Each chapter tries to give background details to the Rihla. It highlights the life and works of Ibn Al-Tayyib and his contribution to Rihla literature. It also gives brief biographies of other Moroccan travellers such as Ibn Battuta and Ibn Jubayr, whilst highlighting the motive behind such travels.

The political and social history of Morocco is also mentioned, with details of the ruling dynasties, along side with its educational institutions, and it argues that eighteenth-century Morocco was an intellectual hub.

It also points out, using the data of Ibn Al-Tayyib, the political and cultural aspects of life in Al-Hijaz in the era of Ibn Al-Tayyib, thus creating a complete picture of the two geographical locations. This section gives the Rihla a soul, without which the readers will understand little of it.  Each chapter of this section has a conclusion which summarises the information mentioned.